Written by James Thomas in the early 1900s

The following session of the Little Rock Conference, held in Benton November 26 to December 1, 1902 was resided over by Bishop E. E. Hoss, assigned Rev. James Thomas to the First Methodist Church, Texarkana, Ark. The church was imaginary save only in name, the good Bishop and his cabinet naming it before its birth.
On December 14, 1902, the church was organized in the Miller County Courthouse, with forty-seven members. During that week the little congregation was offered by Rabbi Bogen and his congregation the use of the Synagogue, which was accepted and occupied for one year by the pastor and congregation of the First Methodist Church.

Lots were secured and plans agreed upon and the first work on the new building was done in May, 1903.

The church continued to grow from week to week, until now she has between two hundred and fifty and three hundred members.

Rev. James Thomas was again appointed to the work at the El Dorado Conference, Bishop E. E. Hoss, presiding, in No vember, 1903.

In January, 1904, the congregation moved into the Sunday School apartment, in which they have worshiped until the completion of the church proper.

The building is modern in style. The material is brick and stone with concrete foundation and slate roof.

The auditorium is beautifully furnished, elegantly finished, and has a seating capacity of 600. The balcony will seat on pews 175. By using chairs to fill up aisle space, at least 1,000 can be accommodated in this apartment. The Sunday School apartment will seat 400. The basement is set apart for social purposes, under the management of the women. The parlors are commodious and modern, elegantly furnished and comfortable.

First Methodist Church, Texarkana, Ark., has some distinguishing marks which I wish to enumerate.
1. The activity of the women.
2. The broad liberality of its membership.
3. An absence of schisms or differences of any character. The family
idea prevails.
4. Its absolute loyalty to Methodism.
5. Its two choirs, Sunday School and Church, and the con gregational
singing.
6. For its number of consecrated old people.
7. For evidence of solid piety and growth in grace and in knowledge. 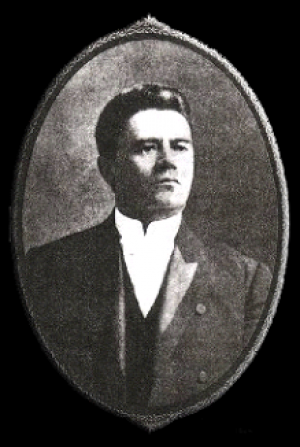